In the past week, there have been several terrific articles written regarding the influx of GMB spam. Highlighting the over abundance of GMB spam is great for the industry as it brings attention to an issue Google doesn’t seem to give a shit about. Perhaps the more the industry calls it out, the more pressure Google will be under to make a move and nuke the spam. This is my small effort to push the agenda.

To be clear, GMB spam has always been an issue. Mike Blumenthal has been talking about it for nearly a decade. In nearly every city, for any query, there are instances of spam in the Local Pack. In recent weeks, there has been a massive influx of GMB spam businesses created for the purposes of lead generation. This is a huge problem.

What is GMB Lead Gen (Spam)

Google My Business spam can be seen in several different forms, all of which are detailed in the GMB Guidelines. Some of the most prominent ways businesses GMB listings are spammed include:

Why Is Spam a Problem 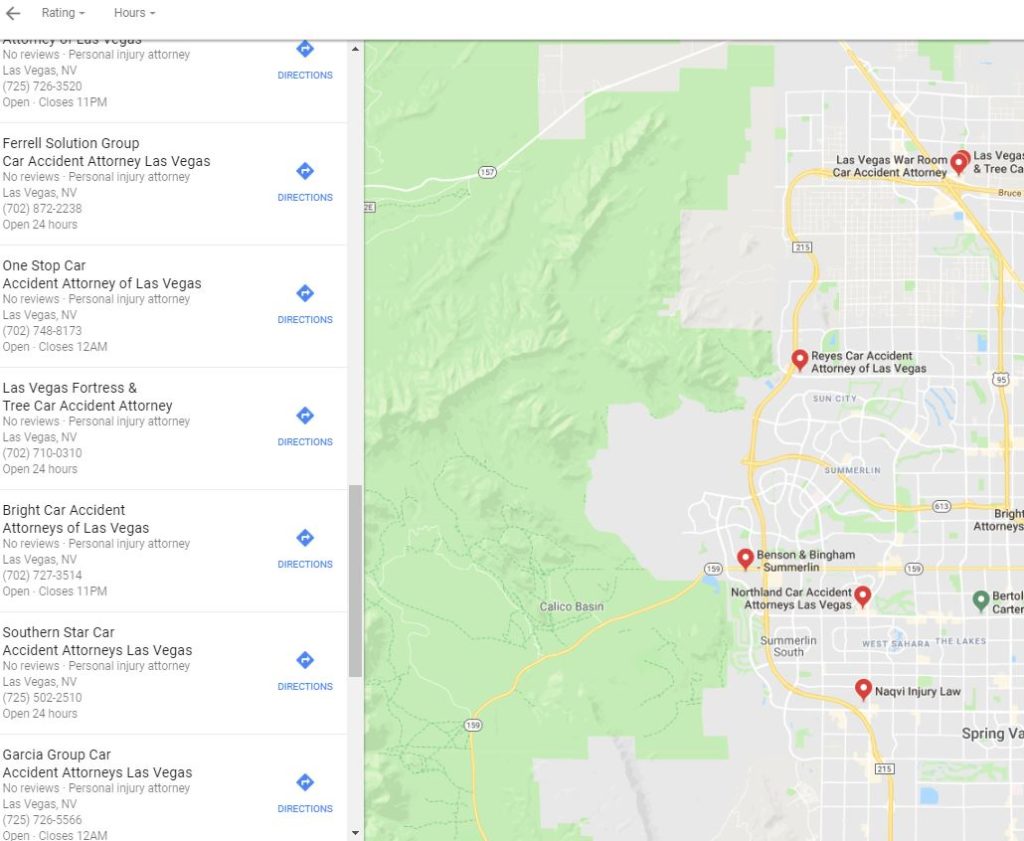 Some of you are probably thinking, “It’s just a bit of spam. It’s the internet, we deal with this shit all the time. So should you”. Not an unfair thought. This is different for a couple of reasons though. This is not affiliate spam or a backlink issue. This issue is a fake business being created for the sole purpose of selling leads to real businesses. Again, maybe not a huge issue for certain niche’s like plumbers, electricians, painters, etc. Google already has Local Service Ads in place for this. What about emergency rooms, urgent cares, hospitals? Still feel the same way?

Imagine this. You take your family on vacation. One of your family members gets sick, in severe pain, having difficulty breathing, and needed to get to a medical facility quickly. You jump on Google to determine the closest facility and begin driving only to figure out when you get there, the business is fake. It never existed. Now what? This might be a bit of an extreme example, though you can see why GMB Lead Gen (spam) is a huge issue.

Lastly, spam is difficult to combat. Recently, it has been easy for these fake listings to pop up by the dozens, even hundreds overnight. For us in Local SEO, trying to combat the spam is a lengthy process. We have to manually submit a form to Google which takes time. It also takes GMB time to look over the report, verify the listings are spam, then nuke them. Many times, Google is simply ignoring Local Guides advice and letting the spam live.

What I am Seeing

A couple of weeks ago I began noticing major spam issues (much more than usual) popping up in large cities. Seemingly overnight, there would be dozens of new spam listings. Last week, I noticed several dozen appear overnight in Las Vegas. When I checked other major cities for similar queries, they also had a huge Lead Gen problem.

These listings were curious to me for several reasons:

This was infuriating and perplexing to me. How were this listings getting approved so quickly and in bulk? Typically, to get a listing approved, it needs to be verified by the phone number on the business, or have a postcard sent to the business address. This was obviously not happening. How were they ranking so well without a website, links, or other traditional ranking factors? How does Google not see all this and shut it down? It appears someone found a loophole and exploited the shit out of it.

I dug in and researched the listings but couldn’t find much difference between the real business listings and the new spam listings. Google seemed to treat them the same from my analysis.

I called several of the spam numbers and discovered they are being routed to a call center. It sounded like the rouse was working because it was loud in the background. Google has created a Lead Gen business directly from their Local Pack.

Some of the businesses were beginning to attain fake reviews. Dave DiGregorio, did a great job highlighting some of the offenders already. I saw much of the same, with several different profiles creating reviews in various cities for various businesses.

What Can Be Done

We, as Local SEO’s, need to continue to report the listings, though admittedly it hasn’t done much to date. We need to continue harassing GMB on social media, in the forums, via the form, etc. Bring them in the conversation each time we see blatant Lead Gen (spam) in the hopes they will soon do something about it. Lastly, continue working to keep your clients real listings healthy enough to stay in the Local Pack and above the shitty spam.