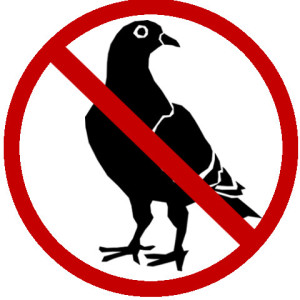 I’ve had this theory for a little while now and I’m going to finally let it out of the box. Inspired by a great read on Andrew Shotland’s blog, he spits a few theories of his own. Andrew has been most vocal about how crappy the Pigeon algortithm has been and that G needs to clean it up. One of his theories on why the SERP’s are so bad is the “the combination of overweighting of Google’s brand algorithm and the narrowing of the radius for many local queries could have pushed some of these big brands out of the local packs”.

James Robinson comes in with a different perspective and theory stating, “there is a ranking benefit to being upgraded” to the new Google Dashboard. Some of the large accounts Im personally working on are currently being upgraded while other small businesses I work on were updated in July. Because of this, I know for a fact that G is updating large brands with multiple locations last and that single location businesses were upgraded first.

While I’m certainly not discounting what Andrew or James are saying, I have yet another different perspective. I don’t necessarily think that there is a direct rankings boost for having an upgraded dashboard. This would essentially be a rankings boost for everyone based on doing nothing except having a listing on Google Maps….which is nearly everyone. I don’t think that makes much sense. What makes more sense to me is that having the upgraded dashboard makes it easier for big brands to control all of the multiple listings they have, sometimes in the thousands. Having the new dashboard will give brands the opportunity to correct all the misinformation they have in their accounts (NAP, hours, website URL, Map pin, etc) and make it easy to keep it uniform throughout.

It is well known that having incorrect information and inconsistencies in your NAP and other data will harm your rankings as it leads Google to not trust the information. The ease of the new dashboard allows the information to be updated in bulk and makes it more difficult for the general public to make edits to business listings and Map information on the big brand accounts. The uniformity of it all will then lead to a rankings increase.

Essentially, big brands are being held back because their information is inconsistent and cant be corrected until the dashboard is upgraded, rather than there being a direct ranking boost because the dashboard gives one to all accounts.