The Google Panda algorithm was first deployed in February of 2011 and effected up to 12% of search results, most notably for us – our website. The algorithm targeted low quality websites with thin content, high ad to content ratios and other quality signals such as content farms. We got smoked by this algorithm and continued to get dinged each time a new version of Panda was released to the wild. 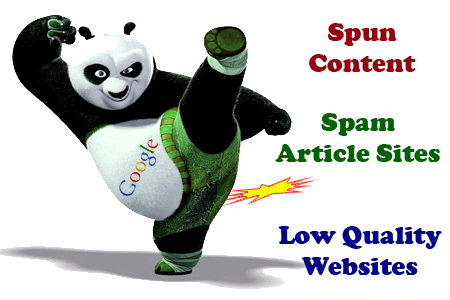 I’ve read others say that once you get hit by Panda once, you somewhat flatten out and it doesn’t keep hurting you. My perspective on that is different. Our website continually got hit and each time it took a good portion of our traffic – anywhere from 5-20% of whatever the current level of traffic happened to be. Now, this was our own fault mind you. Some of it was because we were lackadaisical in changing our content from standard, un-unique, nearly duplicate content on nearly all of our city/state/zip code pages and some was because I was still pumping out guest blogs which were of the same, poor quality as our website content. I take full responsibility.

When we first began the business, Matt and I had many discussions on what and how we wanted to display content on the website. Ultimately, we decided to focus heavily on Off Page SEO and thus get as much content on our website as quickly as possible in order to focus on what we thought was more important. We knew this would be a poor long term strategy but we were focused on ranking….and NOW. Again, this was back in early 2007 and we knew what it took to rank high in the SERPs. Content was not our main focus at the time. 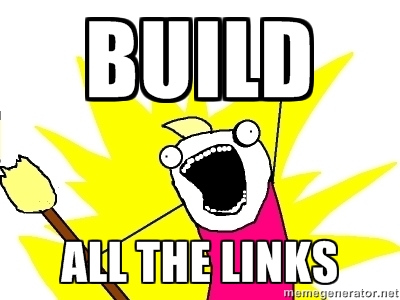 In addition to our generic On Page Content, my Off page content creation strategy was to blog…a lot. I managed to create a few solid relationships with 4-5 industry relevant bloggers and we would exchange blog posts several times per month. In addition, I created relationships with other bloggers in semi-relevant industries and would create posts for them once a month or so as well.

All of the blogs I was trading posts with were relevant, though their Domain Authority was a bit low. Again, I didn’t think the content of the blog needed to be overly awesome, I was simply trading guest posts with like-minded individuals in order to get backlinks. I didn’t care if people were reading or sharing the posts because I was focused on getting backlinks in order to rank. I was trading posts for several years, several times per month, with minimal concern of the quality of the posts. In hindsight, this was a poor decision. It also left a whole lot of links and poor quality posts out in the wild. 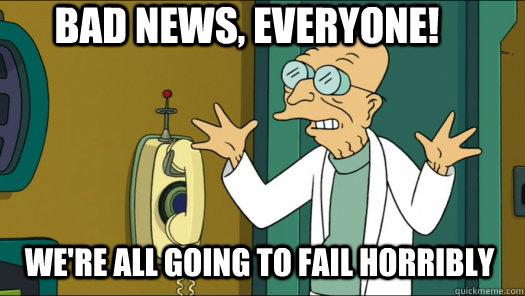 Somewhere down the line, Matt Cutts began stating that poor quality guest posts were going to hurt rankings and they should be avoided. I didn’t heed the warning fully and kept creating guest blogs, though I did turn up the quality (minimally) and slowed down the frequency of posts. That is a lot of thin content floating around with even more (heavily optimized anchor text) links hanging around as well. I put us in a position to get crushed.

Our SEO was rocking though. We were gaining credibility in the self storage industry and making good money in the process. People and companies were beginning to take us seriously and we were educating the industry on what SEO is and why digital marketing is important. Larger companies were approaching us about partnerships and ideas and we were looked at as the SEO guys of the industry. It was good times, though we knew it would end soon if we didnt change our ways.

In 2011, our website got hit from the first Panda Algorithm and it immediately took a good amount of traffic from us. We panicked. I slowed down the posting, began creating better content and found higher quality blogs to post on, but I kept guest blogging. At this point, guest blogging wasn’t nearly as frowned upon and scary as it is now but it was losing credibility.

In late 2011, about 6 months after the initial algorithm, our On-Site content was still thin and duplicate so I began the process of re-writing all of the content. It was a long, tiresome process and I needed help. We hired a few people to aid in writing unique content for city/state and zip code pages. We worked hard on changing our content but continued losing traffic and getting hit by each Panda refresh that came out. Over the course of several long, tiresome months, we began adding the new content to the website. We changed the content almost all at once and noticed we werent getting hit by Panda as hard as in the past. We were still taking hits, but they were minor. That was good because we didnt have much more traffic we could lose. Minor hits, we thought, were an improvement. Once we had what we thought was enough unique content to suffice for a bit we began to go deeper. We began pulling various API’s which gave us almost 100% unique content on each city/state/zip code page. From this point on, we no longer had thin, duplicated content on our money website.

Throughout 2012 and 2013 we began emailing webmasters and my blogging partners asking them to remove our content and no-follow our links in order to protect us and possibly give us a boost in further Panda updates. We essentially stopped everything we were doing and re-evaluated our strategies. The damage had been done. We lost nearly 70% of the traffic we had in 2010 and we were still scrambling. Our new content strategy, along with an awesome partner company, Sparefoot, were keeping our heads above water. I was gaining some great SEO insight from our partners but it wasn’t enough. The hole was too deep and we didn’t have enough people or money to dig our way out.

We hired a few more people part time to help write more fresh content, learn SEO and blog. Our new strategy was starting to take shape. I stopped all of our guest blogging and our new team got busy emailing our blogging partners asking them to take old, thin posts down. 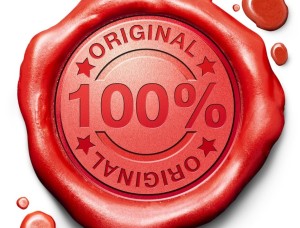 Personally, my new content strategy was completely different than my previous focus. When I began blogging, I was solely focused on pumping out as many blog posts I could per week. Remember, all I wanted was links. I’d throw 2 or 3 exact match anchor text links into a 300-400 word blog post and repeat as many times as I could. All of my blogging content was thin, similar and some of it was even spun. Once Panda hit the first time, I knew it was time to change my strategy but the problem was twofold:

Even prior to Panda, in 2010, I began publishing several different content types in the storage industry because I knew our thin content was going to hurt us down the line. I was posting on self storage message boards – not comment spam but actual, informative posts – writing articles for well-known industry magazines and online publications and began a few blog series. Once a week, I would gather a funny, interesting or odd story from the self storage industry and turn it into a video using Xtranormal characters. The service was cheap, the stories were crazy and it was different enough to start gaining some traction in the industry. I was also posting daily, which turned into weekly, link dumps from interesting stories from around the industry. Lastly, I began spending more and more time researching and writing our blog posts than ever before. Instead of spending minimal time writing posts and pumping out several low quality posts per week, I started writing longer, well thought out posts once or twice per week on our company blog. The posts were much higher quality and were getting good play, not only in the storage industry but in other industries as well. I felt the company was heading in the right direction and was proud of the posts I was writing.

The reason I say I didn’t fully commit though was because in between these solid posts, I continued publishing thin content and guest blogging in order to keep attaining links and continue frequent posts. Our thin content and old content was still keeping us down.

Toward the end of 2013, we decided we still needed some help digging out of whatever pit we were in and we hired an SEO company. I was a bit confused as to what we were still doing wrong and thought our links might be a problem. The SEO company tweaked our content strategy a bit more, restructured our internal pages and internal linking, focused deeper on our Social Media strategy and began doing some things which were out of our realm – mainly with infographics. 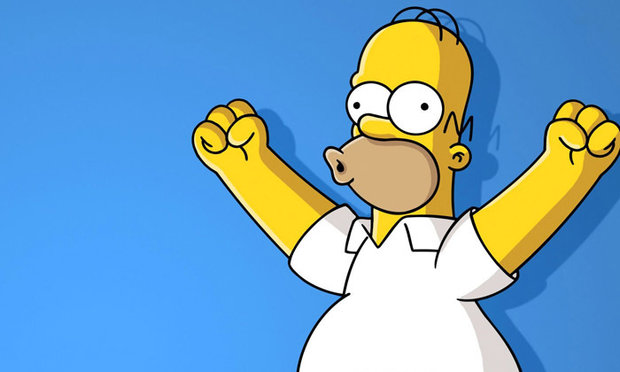 Our new On-Site and Off-Page content strategy was in place and was what it should have been years before. It was a solid strategy, built for long term success and insulated from the wrath of Google penalties. We were heading in the right direction and our traffic started to show signs of recovery. Slowly but surely our traffic was coming back. When Panda 4.0 hit, our traffic recovered. We didn’t make a full recovery to our 2010 numbers but the traffic is 85-90% of those levels. We still have work to do with link cleanup and link earning but overtime, our new strategy will be effective. There are more competitors in the marketplace which we have to deal with now as well. The important thing is that our new content strategy should propel us to levels we haven’t seen yet. After years of repeated penalties, we are almost out of Panda’s grasp and I’m proud of that.