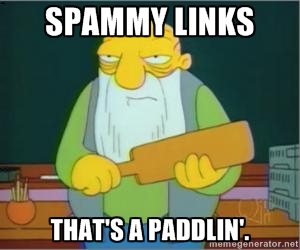 Its been a few weeks since my last post on Pigeon, though I want to give an update on some items of interest I’ve been seeing with the update.

Ive been researching Pigeon since the day it was announced in an attempt to figure out just what is going on with the awful results being displayed. Here’s a quick rundown of what we know so far:

The algorithm still seems to be in flux, though it is settling down a bit. If you read my last post, you could tell I was annoyed with the new results showing in the SERPs after Pigeon launched. Nearly a month after the initial update, how are the SERPs looking now? I wanted to take a deeper look at what websites are currently ranking and why they are ranking there.

I analyzed some of the same searches I initially ran through on my last post and didn’t see much of a change….after nearly a month! Those results were poor previously and continue to be. For my analysis, I looked at the organic results as well as the Map Pack, if one was present. The analysis was based on:

I used Moz OpenSiteExplorer and Ahrefs for reference on the link data and authority.

My thought on using these data points was simply the ease to measure and compare amongst different websites. I also looked at on-page content, layout and design at a high level view. I didn’t analyze anyon-page SEO factors in depth. Much has been written about the effects of Pigeon, how the algorithm more closely ties into the organic algorithm, how shitty the results have been and how confusing the algorithm has been for SEO’s and companies alike. Should SEO’s keep moving forward doing what they had been doing? Change strategy and focus on different factors other than content, reviews and Social? Does anyone actually know what happened with Pigeon? The whole SEO industry is in a bit of a confused, hesitant haze attempting to figure it all out.

Search Engine Land says to keep on trucking, while many of the local SEO’s I’ve spoken with are more confused than ever. I wanted to dig in and really see what is causing these websites to rank. Obviously I was thinking most of the ranking factors will be related to Off-Page SEO given all the time I put into analyzing the links. The following analysis also left me confused.

Let’s begin by looking at the biggest mess of SERPs I analyzed in my last post: Cleveland car insurance. A month after the initial mess of Pigeon, what do we have?

The same f!#&ing mess. Ads followed by, three organic and three map pack. Lets take a closer look at the listings and see if we can figure out why they are ranking where they are. Calculateme, a directory, is ranking #1 organic. They have 1 backlink to their landing page, 114 linking domains, a 20 Page Authority and 45 domain authority. Not bad, though I expected better.

Ranking number 2 is Geico, a national insurance brand. They have 0 backlinks to their page, 3463 linking domains, Page Authority of 1, Domain Authorty of 83 and over 130k thousand links to their website.

Coming in at #3 is the YP. Why anyone would want YP when searching for insurance is beyond me but there it is. It has the most linking domains, the highest Domain Authority and most links on site of the 3.

The Map Pack is where it gets interesting again. Aandainsuranceagency.com ranks first followed by cheapautoinsurance2010.com and ohioinsurancequote.net. The first listing doesn’t have much Domain or Page Authority and only has 3 links. The second listing…..is still the PARKED DOMAIN. It isn’t even a website anymore! How is this ranking. This is blowing holes in all of my theories. The third site has the most links, Domain and Page Authority, total of linking domains and is a local.

Lets move on to Chicago Car Insurance. This is a doozie. You get one organic result above the fold and a 7 Map Pack. When I checked a few days prior, there wasn’t any Non-Google result until you look below the page fold! (Note: I thought I had a screen grab of this SERP but apparently I was wrong. Apologies.)

David Mihm wrote about this a few years ago and Mike Blumenthal recently wrote something similar. Ads, Ads, ads, ads, ads, and then the 7 Map Pack with questionable results. At least the websites appear to be local and actually exist. The content is thin, the website is outdated and the reviews are…poor. Yet all of this is above the fold. None of these results are particularly close to the city center of Chicago, nor are they close to the Chicago suburb I am searching from. How are these results being populated? Why is Google showing results with such poor Google reviews?

The listings for the top 3 Map Pack are United Auto Insurance with 180 landing page backlinks, 20 linking domains and the lowest Page and Domain Authority of the top Map Pack listings. Some of the sites best links come from YellowBook, Dex and directories. The second listing is Insureonthespotservices and has 179 landing page backlinks, 29 linking domains, 36 Page Authority and 27 Domain Authority – the highest of the 3 listings. This site has several directory links along with some irrelevant links. The last listing has the most linking domains, the least amount of links and the highest Page Authority.  Links on this page mostly consist of YellowBook, BOTW and directories.

Something interesting happened when I performed the same Chicago Car Insurance search closer to the city though.

The results changed. One Organic result above a 3 Map Pack and then Organic again. There are some duplicates in Organic and Map again as well. This SERP with the Organic and Map listingsis the same as my previous search though there are only 3 instead of 7 Map Pack results. The Organic rankings didn’t change at all. G only reduced the number showing in the Map Pack from 7 to 3. What is the formula here?

A Miami Car Insurance query pulls up similar information to the Chicago Car Insurance query. Ads, ads, ads and more ads and then a 7 Map Pack. Estrella still wins big in the Map taking 4 spots again and then also has the coveted #1 Organic. So much for reduction of duplicate listings. Also, the second Map Pack listing is simply a G+ page without a website listed. Very helpful!

Map Pack listings in order are Estrella Insurance, a G+ listing and DelToro Insurance. Estrella has 353 backlinks to its landing page, 30 linking domains, and the highest Page (32) and Domain Authority (25) of any of the listings. The DelToro website has the most domain diversity (14 links from 10 domains) but all of the other metrics fall short.

Moving on to Orlando Car Insurance, we finally see some organic listings above the fold! G is being too generous here guys! Number one is a directory which can also be found in the 3 Map Pack, and then Progressive and the YP again.

The Map Pack listings are Orlandocarinsurance.com with the 2nd most landing page backlinks (9), the 2nd most linking domains (2) and the 2nd highest Page Authority (22) of the 3 listings. The leader in the Map Pack happens to be the 3rd listing shown – FloridianInsurance.com. This site has the most links by a wide margin (94), most liking domains (12) and the highest Domain Authority (29).

A Chicago Self Storage query shows 2 organic listings above the fold and a 3 Map Pack, all of which are larger brands in the Chicago Metro. The 2 Organic listings are Public storage – a well-known, nationwide storage operator – and Sparefoot, an industry leading aggregator.

This Map Pack is fairly interesting. All 3 of these companies are large, well known brands – 2 being national brands. Metro Self Storage comes in at the top with the most backlinks to the landing page (3) and the best Page Authority (14). U-Store-It is second and has the least amount of all the metrics measured. Extra Space has 0 links to the landing page but nearly 1900 linking domains and the highest Domain Authority (61).

As we dig through all of this, are we seeing any patterns emerge?

Of the dozen or so searches I performed (not all are shown) the listings ranking highest in the Map Pack had the most links to their landing pages nearly 85% of the time. Much of the time, there were only a few links per landing page and the highest ranking Map Pack listing only had 1 or 2 more links than the competitors. I hesitate to call links the end all be all based on this limited data, but we could be onto something here. Attaining high quality, relevant links is always going to be a priority. Doing so by creating great content, leveraging contacts and promoting the content is a start. Partnering with aggregators and directories appears to be aiding some websites as well. Many of the top ranking Map Pack listings all had links from Dex, YP, Yellowbook and the like. With Yelp and other directories getting a boost from Google with the initial Pigeon update, it would make sense that links from those websites would be more powerful as well.

Ive found several articles claiming links are making a comeback and that they are a huge part in ranking the Map again. My analysis shows this is a real possibility. More research and digging is required but 85% of the searches I performed had the #1 Map Pack listing with the most landing page backlinks. It could be that in certain industries links help more than in others (or there are simply more quality links on some websites compared to others) but I doubt there is a separate algorithm for differing industries. I’m not arguing links are the biggest factor again, but are they more important now than they were 6 months ago?

What are your thoughts? Have you done your own analysis and come up with a different conclusion?