Recently, I’ve been noticing more and more review snippets in Local Packs. Local SEO people have been discussing the new additions to the Local Pack, though there hasn’t been much discussion on what triggers the snippets. I analyzed 6 different niches and hundreds of searches to determine what, if anything, is triggering review snippets to show in the Local Pack. Below is what I found.

I wanted to get a good mix of industries in order to fully understand what types of reviews are being pulled and why. I analyzed 6 industries which were pulling reviews into the Local Pack. The industries were:

In addition, I analyzed the websites ranking in the Pack (because of a well optimized GMB profile) with review snippets, the reviews and reviewers which had the snippet featured, and the date of the review in the snippet. I did the same for snippets in the Local Finder.

Here is a link to the data if you are interested.

In the 30 reviews I pulled with snippets, I was hoping to find a pattern as to what companies get snippets and why. Unfortunately, I was unable to determine much from the data. The data did prove interesting though. Here is some of what I found:

Google is highlighting many keywords in the snippets. Many of the keywords were directly related to the query, though others were not. For instance, when I searched for car repair or auto repair shops, G was highlighting “mechanics” or “fix” in the review snippets. Check out this listing with the highlighted keywords different than the query: 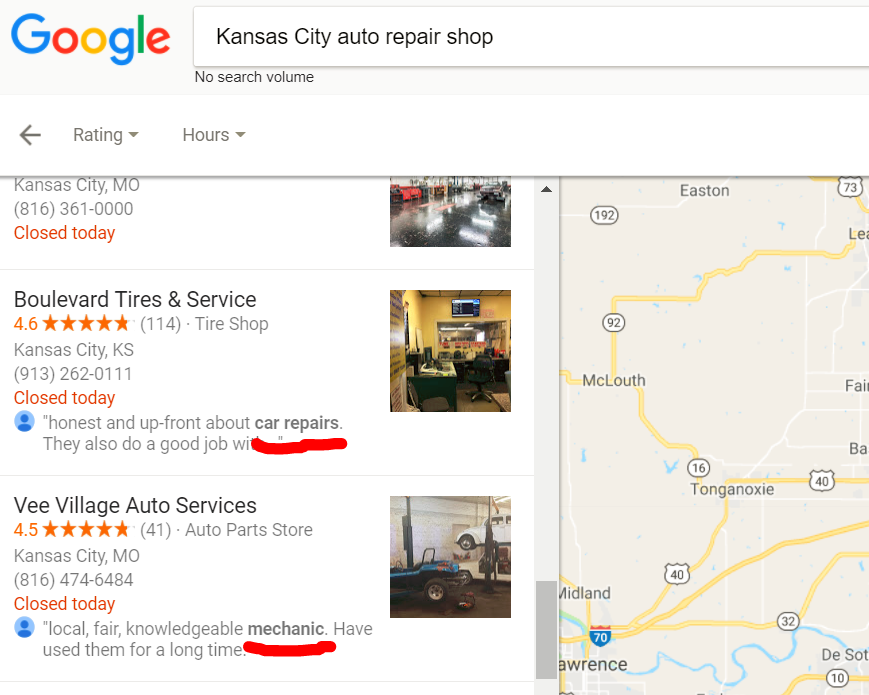 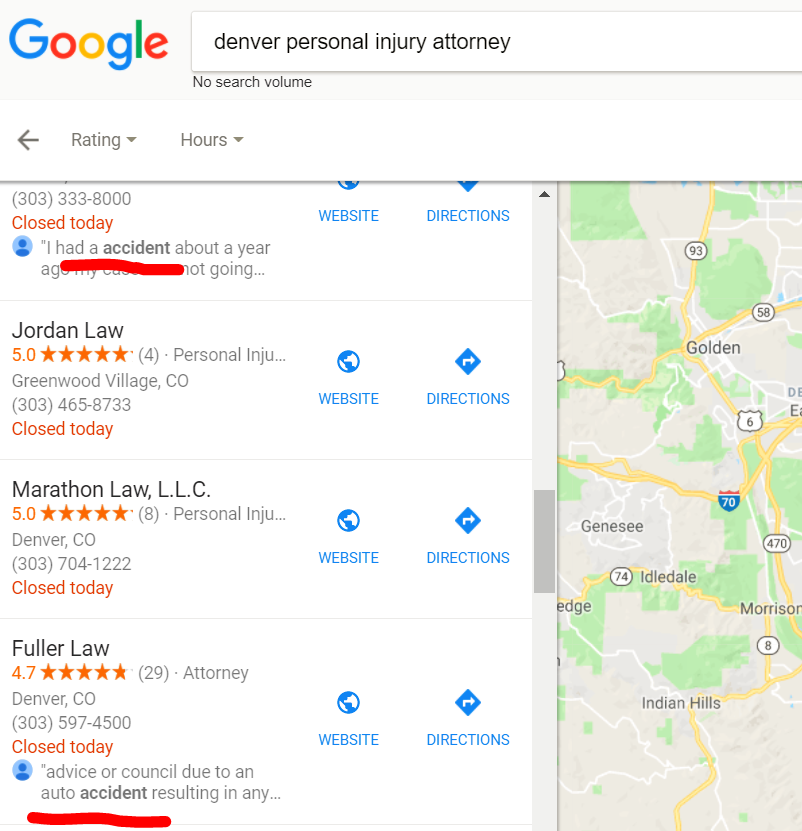 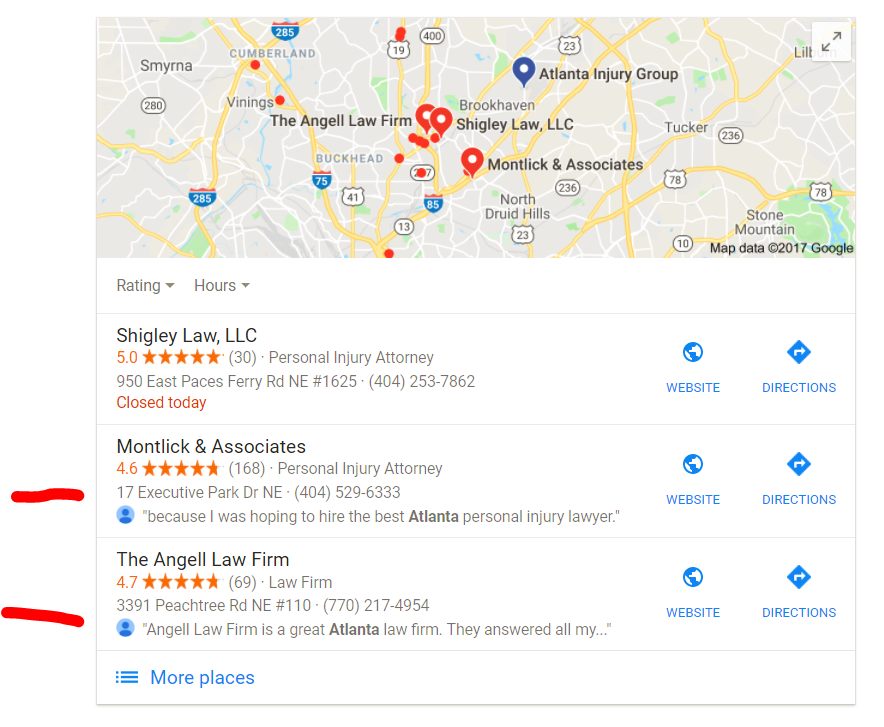 Much of the time, the #1 listing in the Local Pack did not generate a snippet.

After analyzing the Local Pack for review snippets, I doubled back to check a few of the results again and was unable to replicate the data. Seems the review snippets may come and go for the same query/results.

Due to the chatter within Local SEO niches and my own research, I figured finding review snippets in Local Packs would be easier and a full roll out in all niches. After this research, it may only be a test at this time. There doesn’t seem to be concrete data to support any theories about why a business will have review snippets or what review will be showcased as a review snippet.

The best thing for businesses to do is concentrate on attracting Google reviews and respond to those reviews. Make sure your Google My Business is on point and completely filled out. Take advantage of Google Posts, photos, Q&A (be sure to respond to questions). Google is truly attempting to make their page your websites homepage. Take advantage where you can because your competitors will be too.

1 thought on “Review Snippets in the Local Pack”